The signing of the agreement by Professor Hui-Lin Lin and Professor Shinsuke Nakamura took place after a positive exchange of views regarding the practical implementation of the agreement and its future development. Professor Lillian Lih-Rong Wang presided.

The expectation is that this agreement will facilitate a deepening of academic and cultural exchanges between Taiwan and Japan and lead to a significant increase in the number of people in international circles who have an expert knowledge of both countries. It should be noted that this faculty-level agreement is an addition to the pre-existing university-level exchange agreement between the two institutions. 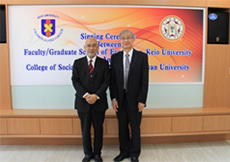 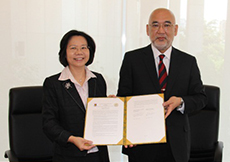 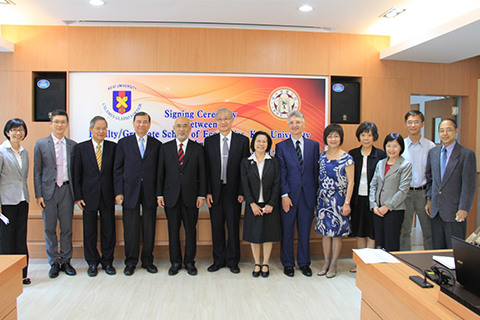